Today’s article will focus on two of the most valuable paintings currently in the catalogue: N. 3 dagli archivi del Futurismo (1965, lot. 104) and Ingegnere (1966, lot. 105). Both works are postmodern reinterpretations of some of the most important phenomena that have characterised Italian art during the 20th century.
As such, they convey a complex message, enriched by a variety of historical references that characterise the broader oeuvre of Schifano.
N.3 stems from Schifano’s deep interest in the history of Futurism, the avant-garde movement that shaped Italian art and culture at the beginning of the twentieth century. The work on canvas was made with a combination of enamel and oil, which reproduce the vibrant colours of Boccioni and Severini’s paintings. This said, the composition is the most characteristic feature and reveals an aesthetic continuity between the work and its earlier models. Schifano uses the repetition of graphic forms (such as the legs in the lower portion of the piece) to mimic the movement of the human figure. In doing so, he references one of the most famous works by Giacomo Balla, Girl Running on a Balcony, which is part of the collection of the Museo del Novecento, Milan. Furthermore, the association between the human body and the machine through the mechanical gears connects the Futurist poetic with key themes of Schifano’s own production. See, for example, the Tv Landscapes, a series of paintings conceived later in the 1970s. They explored the relationship between humans and machines through digital television images, which were used by Schifano as an aesthetic filter between the viewer and reality.

N.3’s art-historical relevance is partly due to its key connection to one of the most influential creative threads in Schifano’s oeuvre. Indeed, the painting may be compared to the Futurismo rivisitato series, which re-interprets a famous photograph of the Futurist group gathered in Paris for their first European exhibition. Another notable reference within Schifano’s own production is Alla Balla, which inspects the reiteration method employed by the Futurist artist to represent movement. N.3 is thus the product of complex artistic research and fully fits into Schifano’s artistic development.
The second work analysed in this article is Ingegnere, a tribute to the career of Renato Guttuso and his famous portraits of his father. Schifano created this painting with the explicit intent of celebrating the Sicilian painter who, during the 1960s, had already become a key reference for the Italian artists of the time. The work’s value lies in its provenance, since it was gifted to Guttuso himself by Schifano and belonged to his personal collection. Therefore, Ingegnere generates a line of succession from Guttuso to Schifano himself and is a key proof of his critical and aesthetic development over the years. Furthermore, its exceptional provenance makes this painting a unique piece which links the lives of two of the greatest artists of the Italian Novecento.
The two works analysed in this article are extremely valuable given both their pictorial quality and intrinsic connection to the rich history of Italian modern art. Schifano’s oeuvre abounds with historical and biographical references which generate an intricate relational network. The artist firmly stands in the present, defining the postmodern future of art through the critical tools borrowed from the most prestigious figures of the past. Because of his method, the narration set by his creations results extremely dense and not always linear and, as such, it can be fully appreciated only through the works of art themselves. 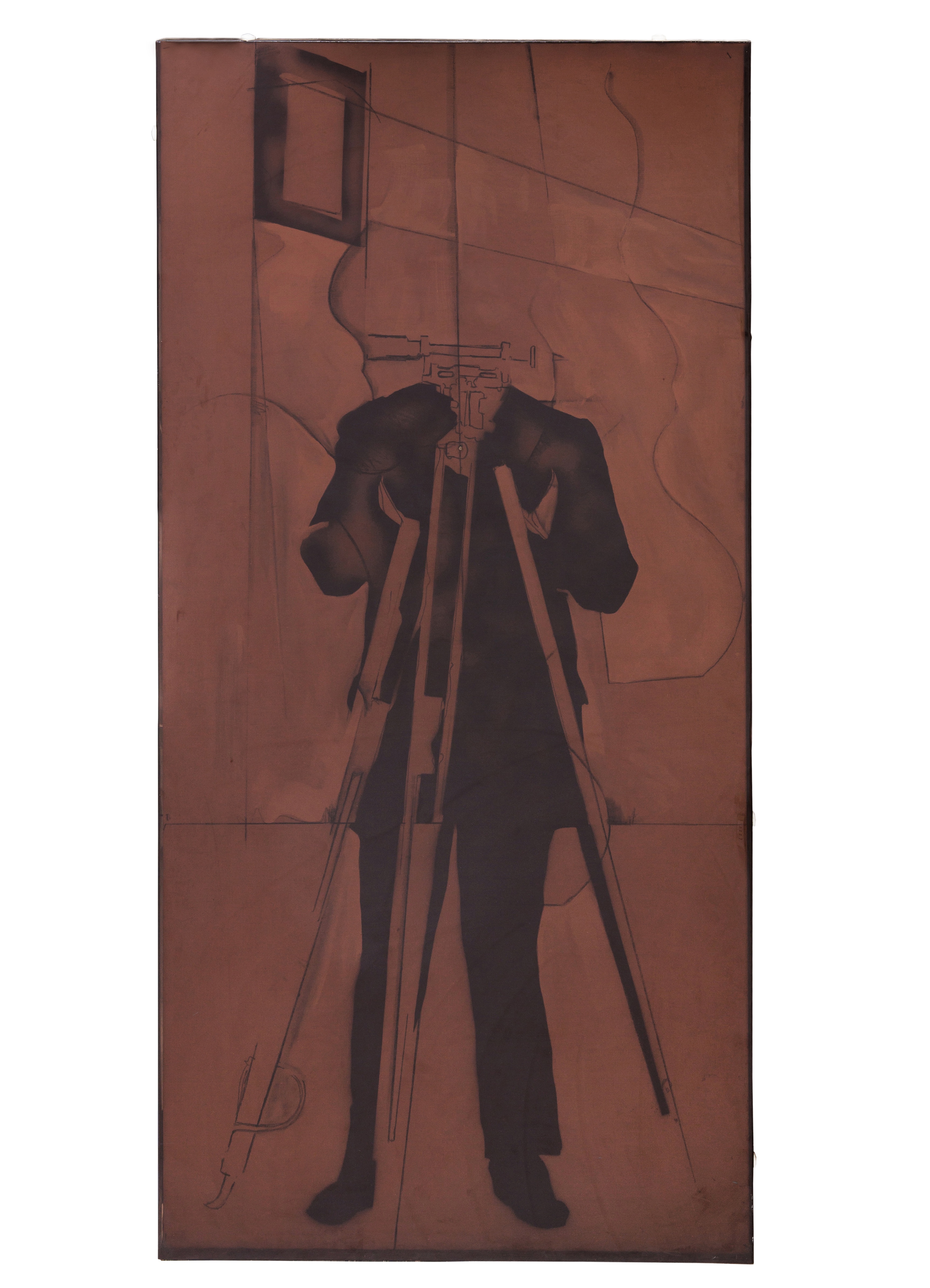