Mimmo Rotella in the catalogue of the next Art-Rite auction

Domenico Rotella, also known to the art world with the nickname Mimmo, was one of the most memorable Italian Pop artists. In the coming U-3 auction (25th September), Art-Rite will propose eight of his works, which re-elaborate commercial graphic products to turn them into independent works of art. The techniques chosen by Rotella include décollage, effaçage, and serigraphy.
Pop Art is usually associated to the Anglo-Saxon world, since it originated in England in the 1950s through the oeuvre of relevant artists such as Eduardo Paolozzi and Joe Tilson.

However, the movement reached its fame in the 1960s, when it became known to a broader public thanks to the influence of important American artists such as Andy Warhol, Allan D’Arcangelo, and Roy Lichtenstein. Nonetheless, Italy too made an important contribution to the history of Pop Art. As the country was heavily exposed to American culture since the second post-war period, many artists started re-interpreting the products of the US entertainment industry. Mario Schifano, Giangiacomo Spadari, and Rotella himself are some of the key figures in this process.
The catalogue features four décollage works by Rotella. They imitate Hollywood’s film posters, re-appropriating some of the most well-known pop icons of the time such as Elvis Presley (Blue Hawaii) and Marilyn Monroe (Facciamo l’amore). The dynamic poses and the bright colours, together with the text portions made with captivating fonts, imitate advertising techniques to create catchy visual products. The chosen subjects feature the iconic poses of Hollywood movies. For instance in La veglia delle aquile, the image is dominated by a couple of lovers exchanging a passionate kiss. As in a typical 1950s movie, the man performs the dominant role by leaning toward the woman and embracing her with the right arm protruding forward. 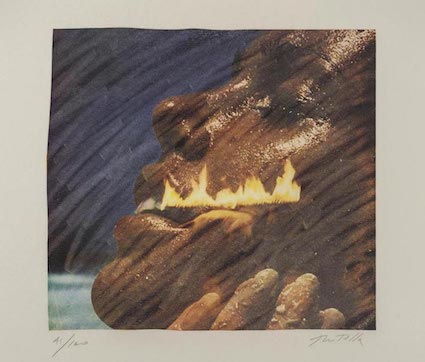 The décollage technique, as the name itself suggests, is based on a similar principle as the collage. Unlike the latter though, the artist does not add but rather subtracts elements, thus creating a damaged and lacerated image, which becomes the new original work. Like Warhol’s prints, Rotella’s creations reference the methods of communication employed by the contemporary consumerist society, adding his own personal touch of technical originality. The aesthetically pleasing images of advertising posters and billboards are shown as maimed or damaged so as to reveal the artificiality of the images proposed by the entertainment industry.
Rotella’s works belong to a defining moment of Italian art history, when local artists managed to set their creations next to those of their international peers. The beauty of the pieces in the catalogue stems from their bold visual language, which Rotella creates by reinterpreting American visual culture through the eyes of an Italian artist. The result shows the active role of the artist (a consumer of cultural products, as Warhol would say) in front of the standardised subjects of the entertainment industry. 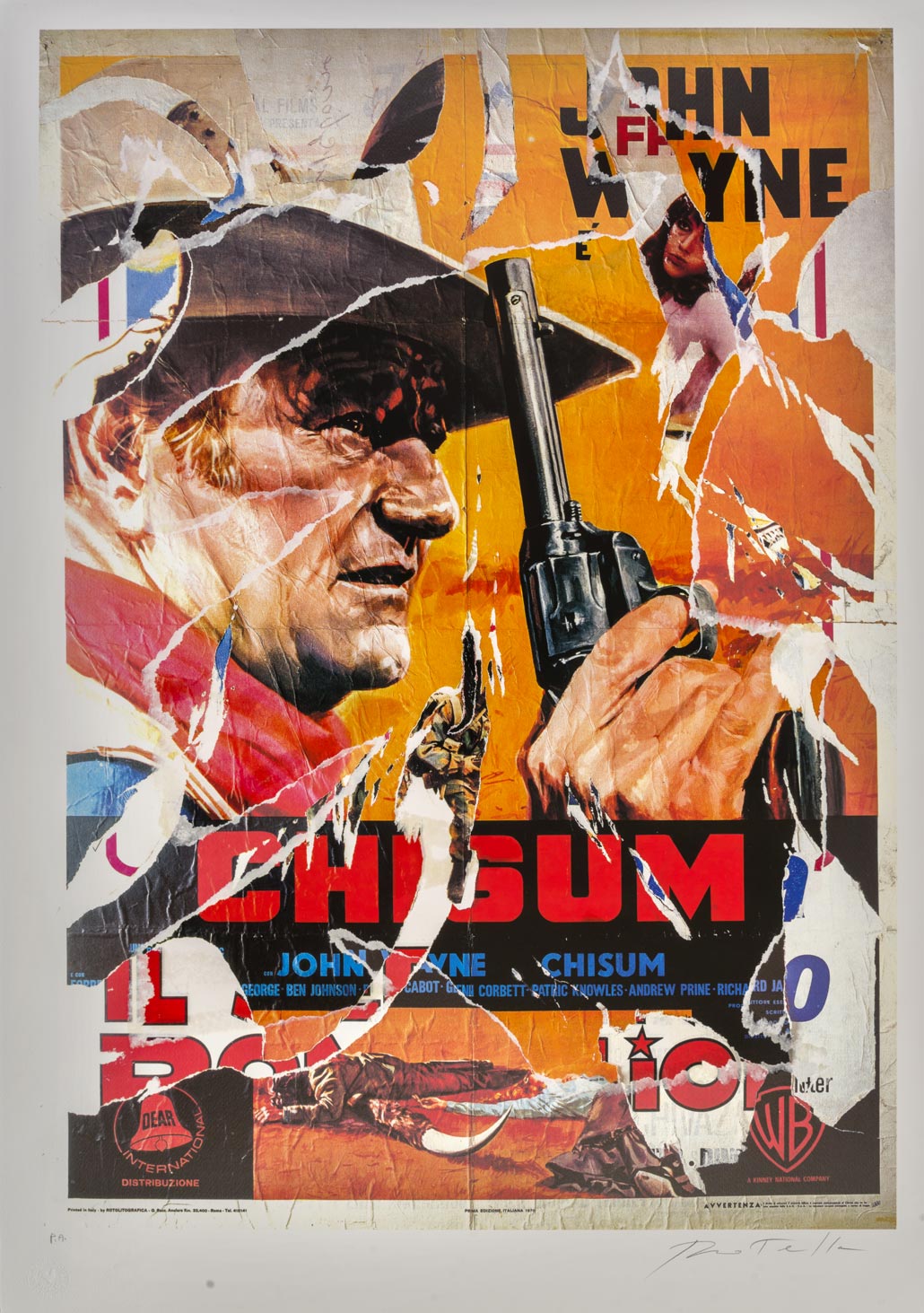 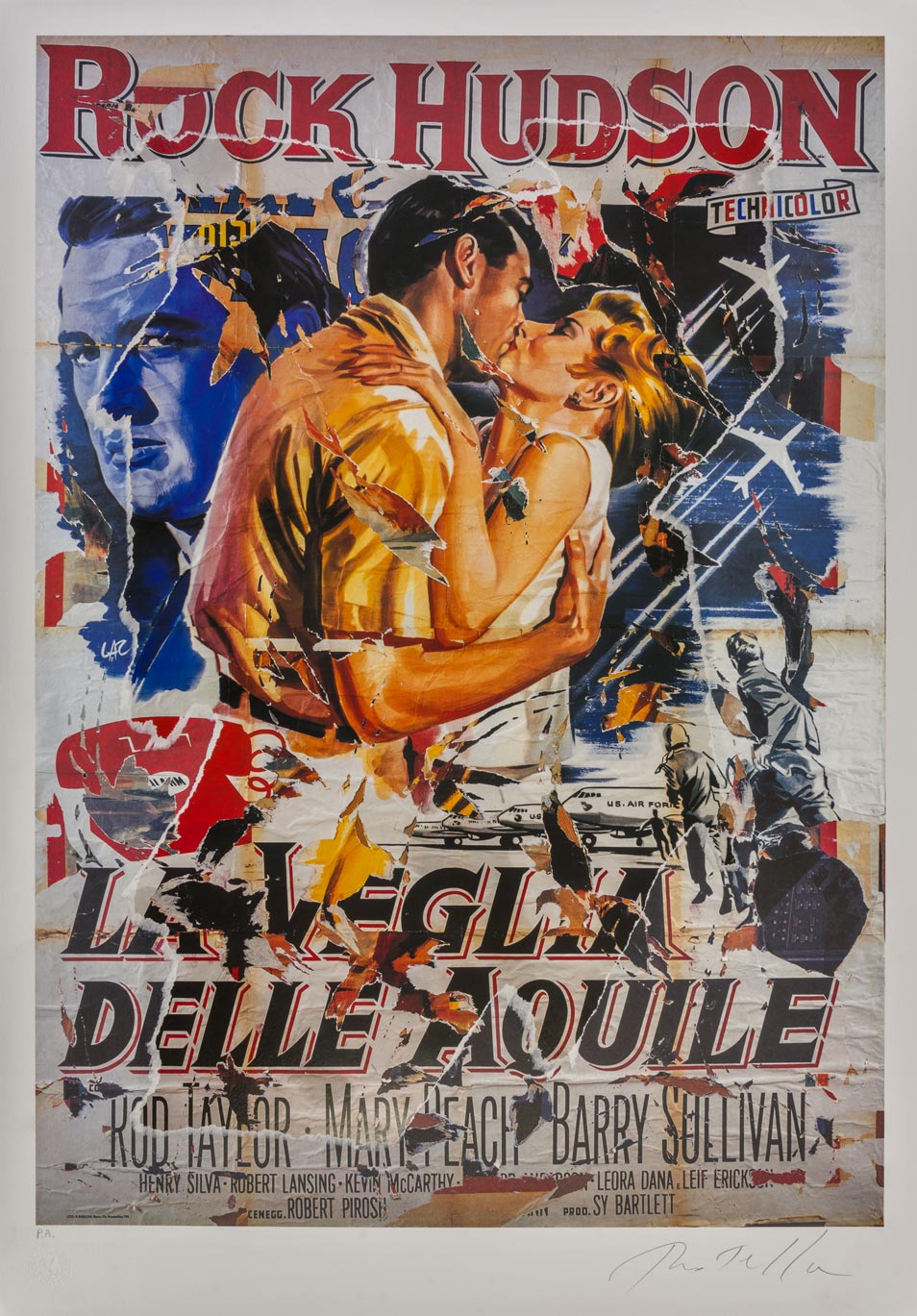 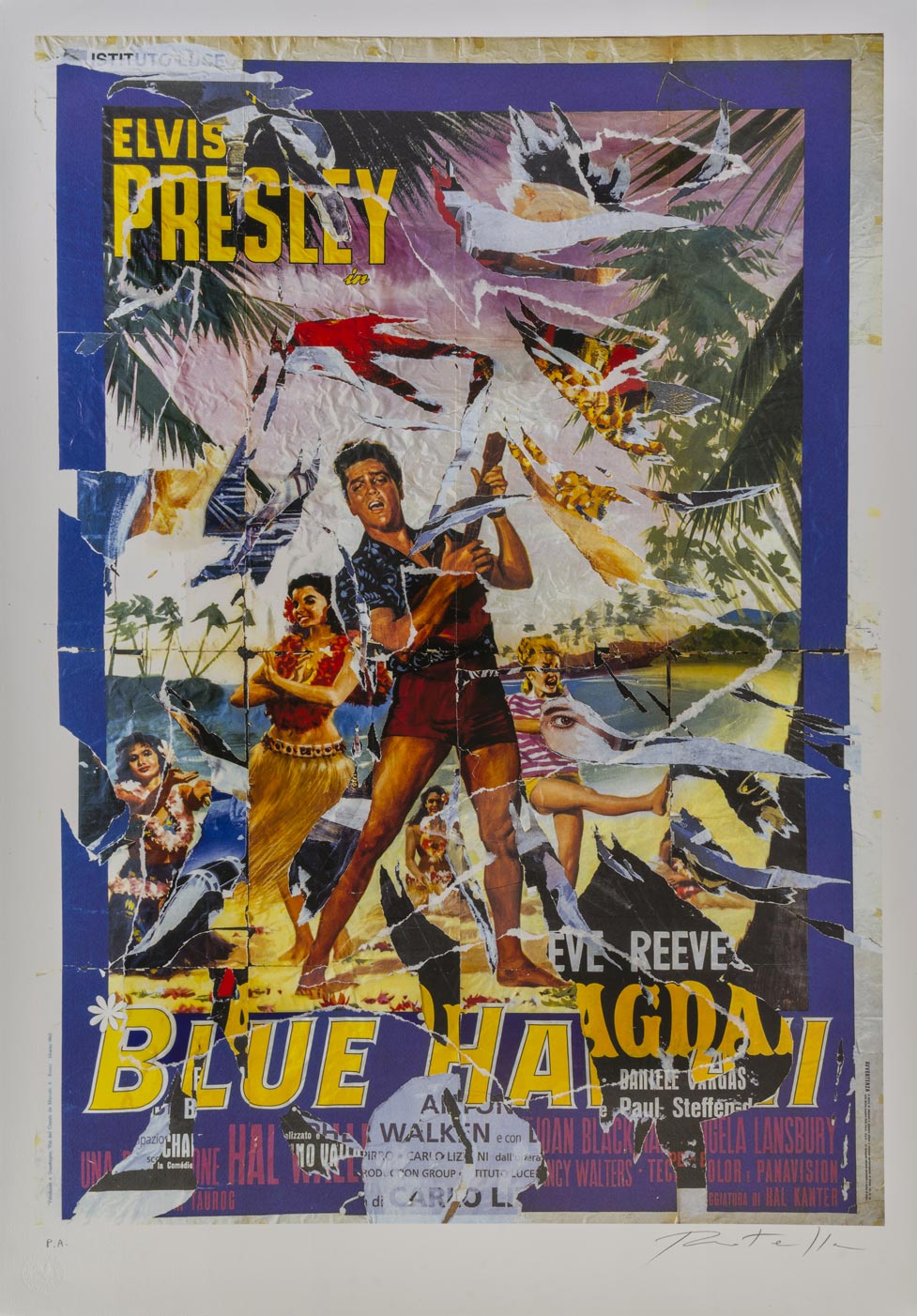 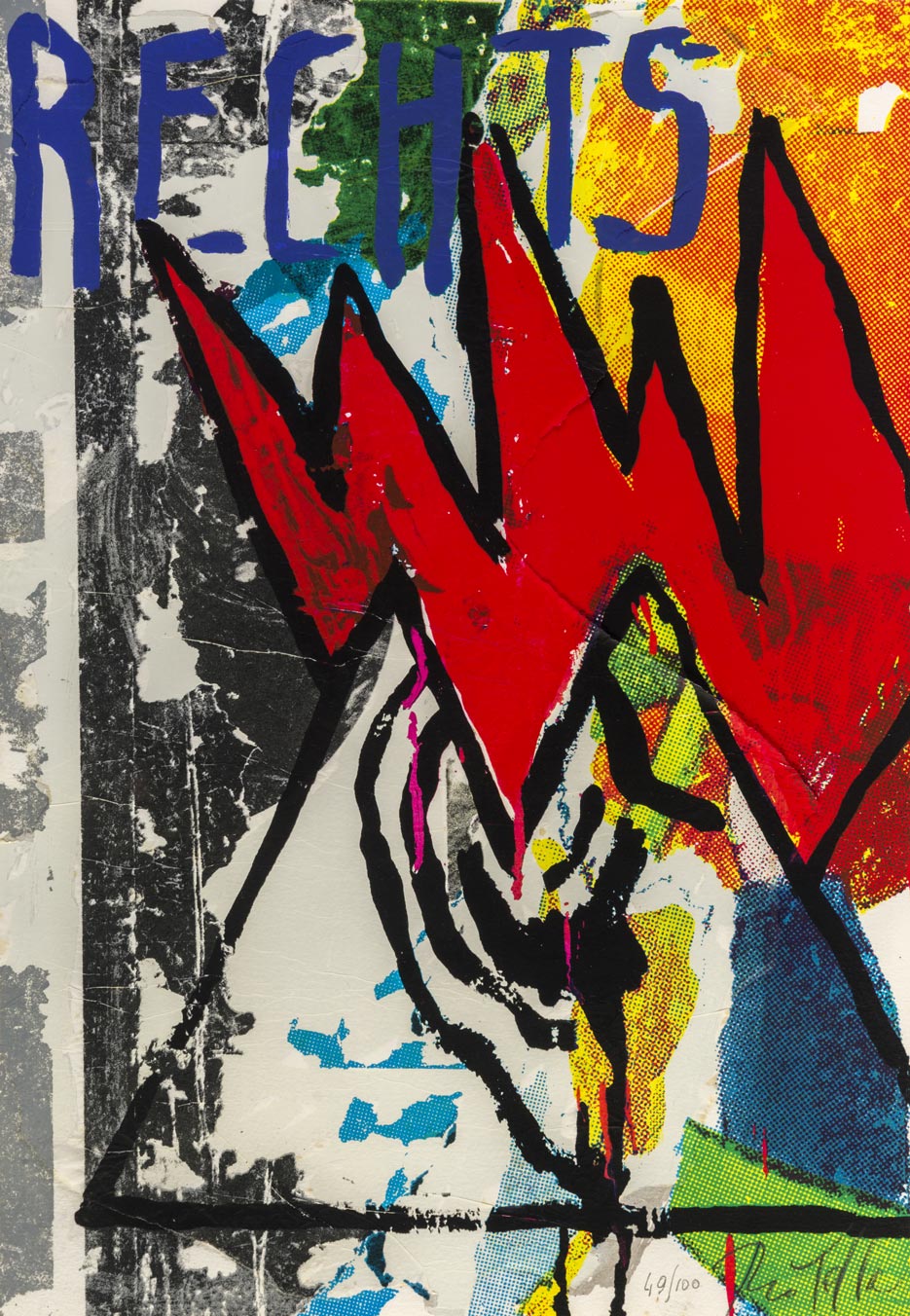