Among the top lots there is undoubtedly the work by Vanessa Beecroft (lot 78), "VB01 - Film", sold for € 9.000 (€ 11.130 including auction rights) and comprising a total of twenty frames (16 + 4 different for each of the three editions) on an aluminum plate within a frame, taken from the first performance held at the Galleria Luciano Inga-Pin in Milan. Without a doubt, a work of exceptional importance, as the first concrete springboard, as well as a sounding board at an international level, of one of the most significant performative researches of recent decades. Beecroft's practice focuses on the female image and is aimed at analyzing issues and obsessions related to the body, beauty and identity. More generally, her work is a means aimed at directly addressing some of the most controversial issues of contemporary culture such as the apparent dogmatism linked to the perpetuation of stereotypes as well as the violence with which the cult of the image is affirmed.

Continuing with the most important works we certainly find "Plan A" by the German Ian Tweedy (lot 59), an impressive oil painting, pencil on paper and spray on paper, among the main pieces of the first solo show "I'll Meet You at the Rendezvous ”dedicated to the artist by the Modern and Contemporary Art Gallery of Bergamo in 2008. A museum quality work direct expression of the artist's research linked to a nomadic existence. And it is precisely this condition that has established as the most significant center of his work. In fact, at the base of his practice, emerge issues such as the relationship between his own individual experience and the collective past, the subjective appropriation of more recent and past history and the search for new meanings for the concepts of identity, belonging and freedom. Therefore, in the light of the above it is not surprising to reach an award value of € 5.800 (€ 7.194 including auction rights), almost double the initial average estimate.

Among the most significant works’ results there is also “Fairy Tales” by Francis Alÿs (lot 58), a retouched photograph (unique examaple) taken from one of his iconic performances and a direct expression of a highly interdisciplinary research. Alÿs usually presents the performative act through long walks with both a narrative, documentary and metaphorical value, each time setting the goal of intercepting and reinventing the linguistic and cultural codes of the realities with which the artist has progressively confronted. Through an approach that is both concrete and lyrical, Alÿs goes to question and effectively rewrite the surrounding context through apparently paradoxical and meaningless gestures which in reality are configured as a true allegory on the role of art as a creator of alternative realities. The work met with great interest as evidenced by the award of € 8.800 (€ 10.860 including auction fees), well beyond the initial estimate.

In conclusion, we find the work by Shinique Amie Smith (lot 14) awarded for a value of € 2.200 (€ 2.830 including auction rights), capable of almost quintuplicate the initial average estimate. Smith's work is mainly characterized by its sculptural and installation character strongly linked to the use of common objects and waste materials used for the formation of large cubes, bundles and dense assemblages aimed at investigating a wide range of historical and cultural themes such as consumerism, materialism and urban poverty.

Art-Rite emphasizes the importance of a careful selection of the works in the catalog, which ensured the keen interest of buyers during the sales session. Basing on this positive signal, we therefore invite you to continue to follow us in view of the upcoming auctions. 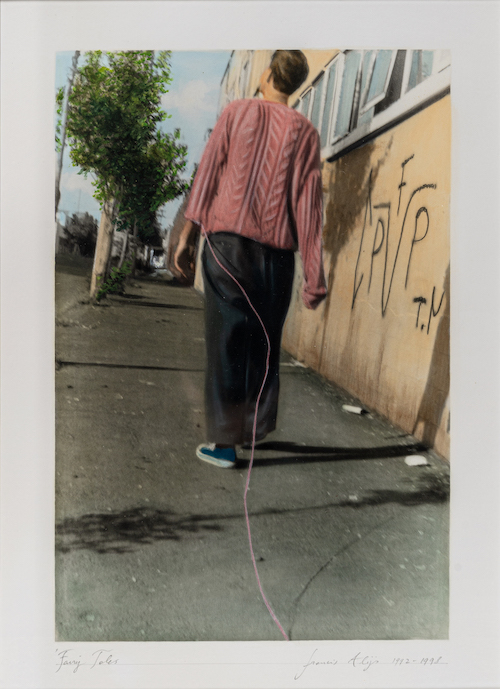